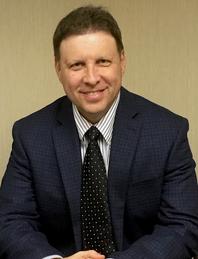 Todd Krakower represents clients in all types of employment matters, including claims arising under Title VII, the Family Medical Leave Act, the Americans with Disabilities Act, the Age Discrimination in Employment Act, and the New York State Human Rights laws, as well as overtime/wage and hourclaims arising under the Fair Labor Standards Act and other comparable state laws.  Todd also has experience in the area of traditional labor arising under the NLRA., and also has years of experience in advising corporate as well as individual clients and in drafting employment agreements and negotiating executive compensation.  Mr. Krakower also specializes in Title IX litigation and appeals as they relate to on-campus sexual harassment and sexual assault, as well as high exposure Personal Injury matters.

A seasoned litigator, Mr. Krakower has the experience and ability to represent the firm’s clients in a broad range of matters before federal and state courts and government agencies.

Mr. Krakower has worked in both the public and private sectors, working for both private law firms as well as a senior trial lawyer and supervisor in the City of New York's Office of Corporation Counsel Special Litigation Unit and Labor and Employment Division, before he and his partner Michael DiChiara began the law firm of Krakower DiChiara  LLC in 2012.